The Soviet forces had ruled over Estonia for a year by the summer of 1941. Stalin declared the implementation of the scorched-earth tactics – meaning everything had to be destroyed on the land left to the enemy – on 3 July after the German attack on the USSR. In Estonia, the task was left for the destroyer battalions.
The people in the region hid in the forests, as they feared the ensuing destruction. Rumours that the Erna group, formed in Finland, had arrived in the Kautla area played a part in the decision-making as well.
A thousand strong soviet military units were directed to Ardu as well as to the Viljandi and Tallinn destroyer battalions in Paunküla and Voose by 31 July. The raid began in the morning between 8 and 9 o’clock. A forest ranger and his wife were burnt alive in the Sae forest ranger’s hut a few kilometres before Kautla.
The destroyer battalion reached Kautla unexpectedly. The battle began, the Erna fighters and the Forest Brothers covered for the retreating civilians. Both sides had losses. Seven people were murdered in Kautla, some of whom were thrown into the fire alive. The destroyer battalion burnt down most of the farms in the area on 5–6 August.
This was a rather trivial episode in light of the war, but the events of war are never measured only by the number of the fallen. The men of the Erna group were among the first in Estonia to step up against the soviet forces, arms in hands. They are definitely worthy of this memorial that has now been restored several times. 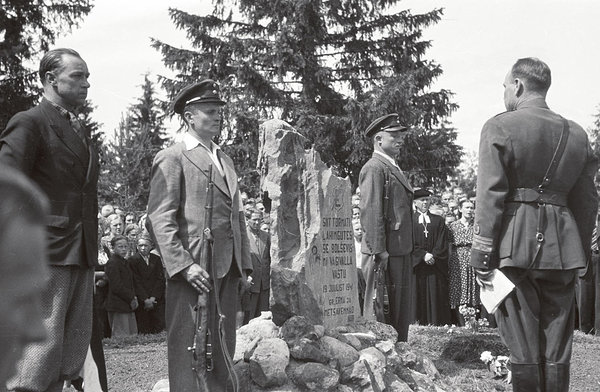 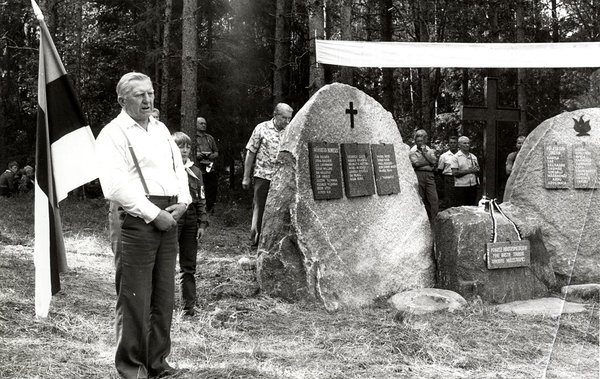 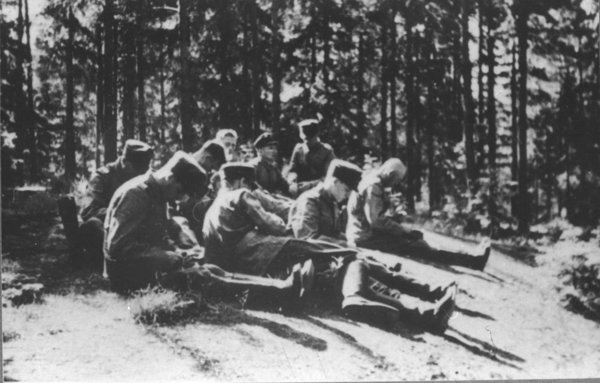